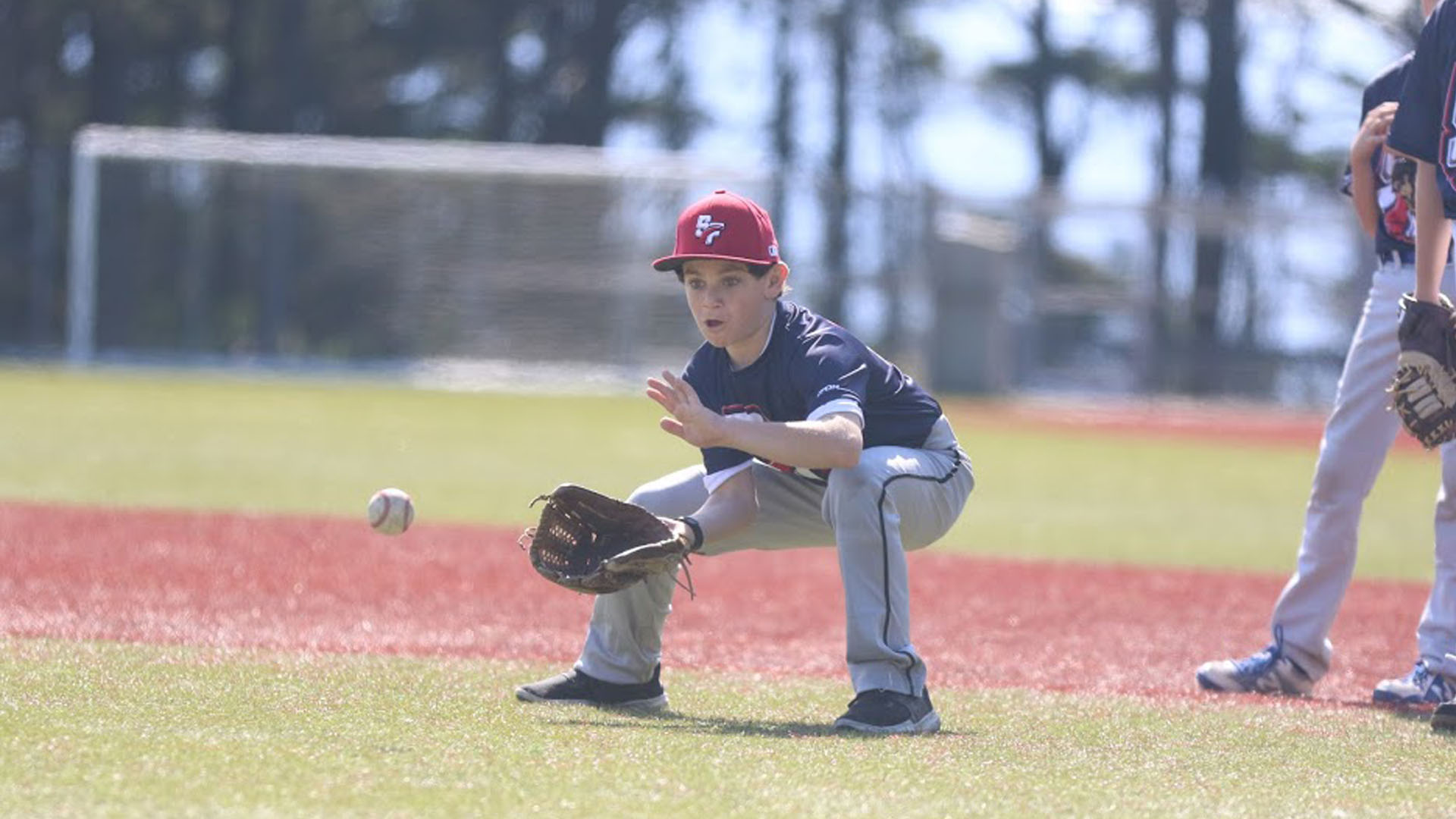 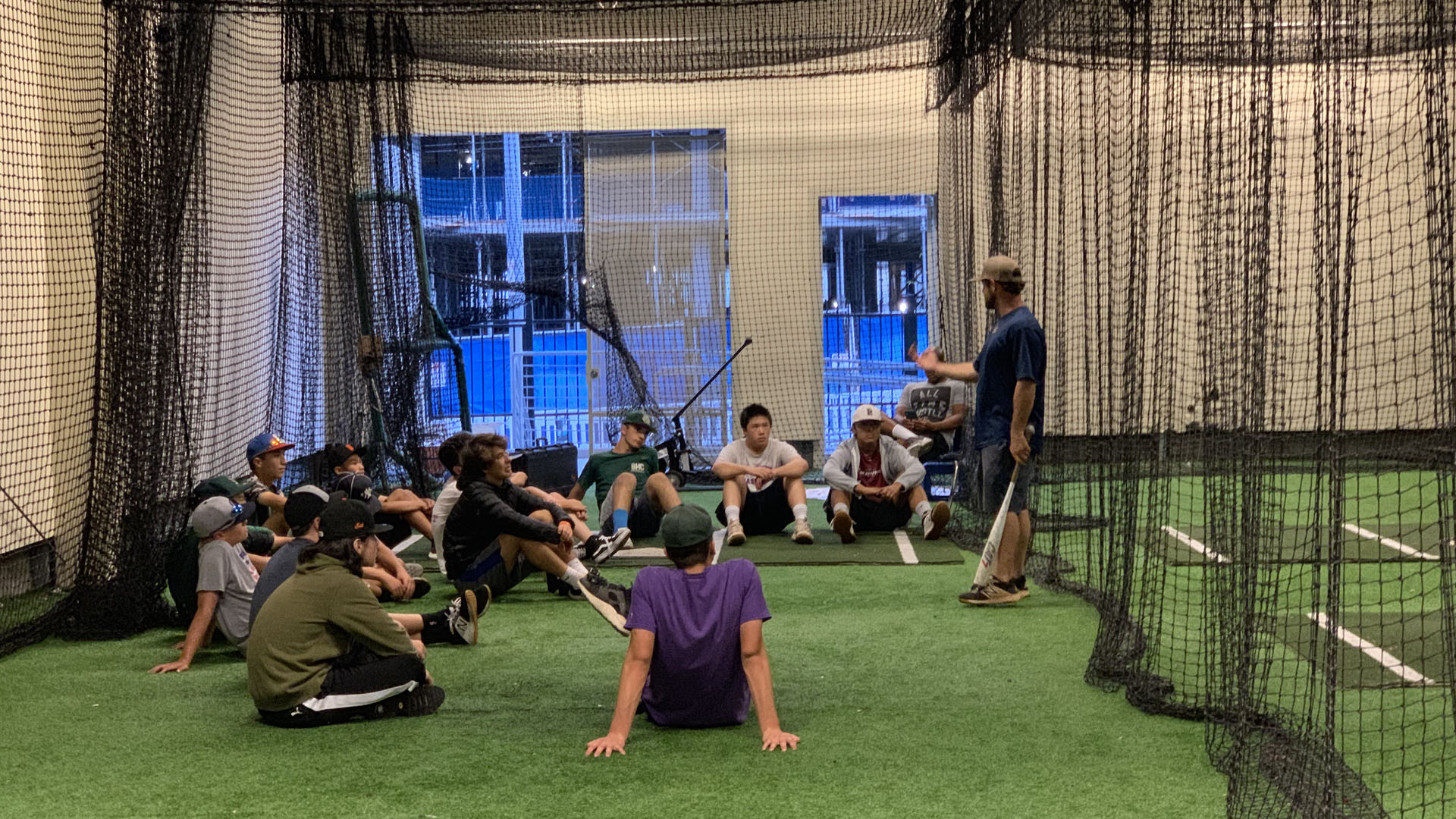 Our program is designed to develop athletes in all aspects of the game. We hold our athletes to a high level of accountability and we carry ourselves in a professional manner both on and off the field. We have core values that each of our athletes are expected to follow. We compete with character, and pass along our experience and expertise to each player so that they can play the game at the very best of their ability. Our program is designed to take players from the early stages of development and expand their knowledge and ability level to compete at the highest levels.

By focusing on the fundamental skill set, winning will take care of itself. Please remember this though: CRABS is not a “travel team”, we are a Baseball School. Our program is geared towards youth development in the game of baseball and helping them achieve their goals of playing high school, college baseball and beyond.

The Baseball School is designed for year round focus. The Spring (January-May) session will include:

This program is for players who love baseball, want to get better, stay in great shape. If you sign up we expect you to commit to the workouts. Workouts will be challenging and coaches will be demanding of your focus and attendance. This is NOT a requirement to make any local High School team but is a great chance for players and coaches in the community to stay connected through the beautiful game of baseball. 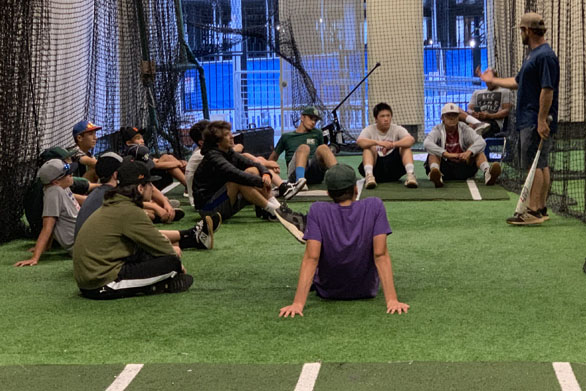 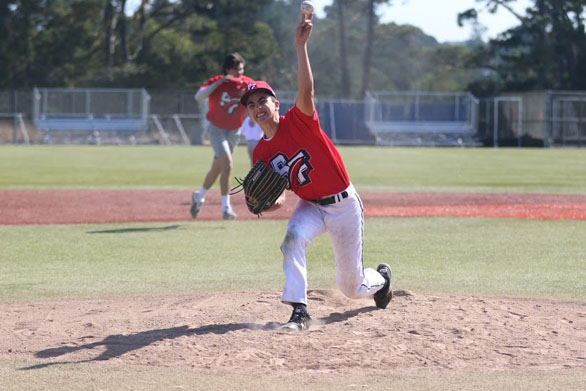 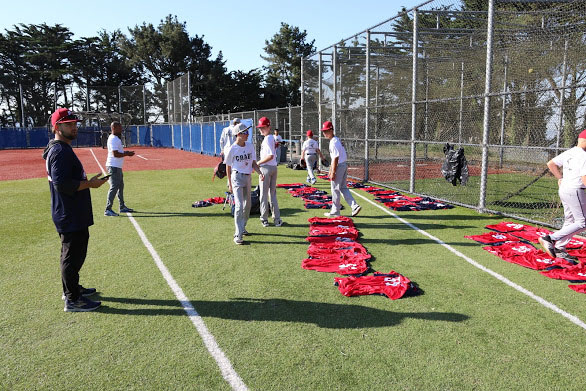 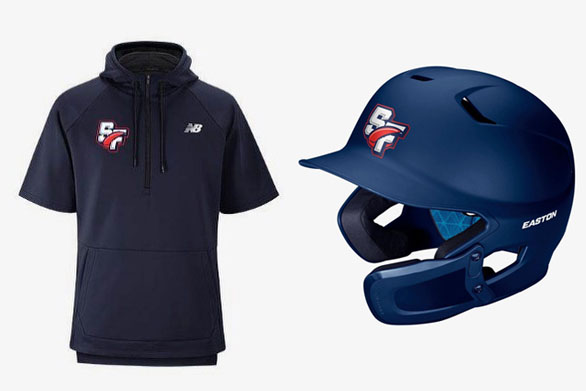 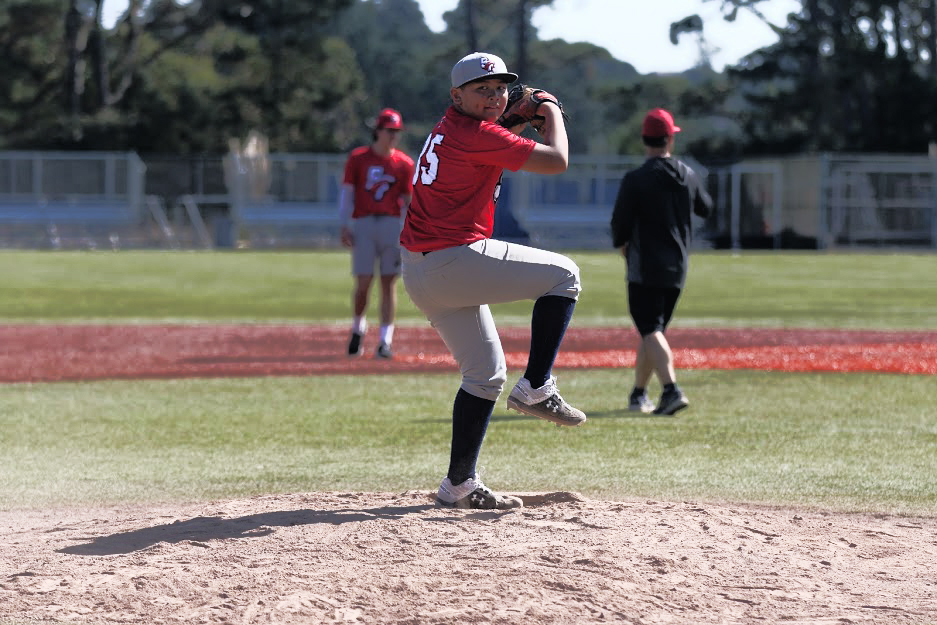 Our Baseball School consists of Numerous Practices, Games, and Tournaments. Each session has a slightly different purpose, but the CRABS program is always centered around player development. We will carefully align each team into tournaments as we see fit. To be a part of our Select Teams, one must go through our identification process – a tryout. Once identified as a good fit to the team, the player will begin the boarding process and be set up for the upcoming season. All players will have a vigorous training program for the season, consisting of 2-5 practices a week. 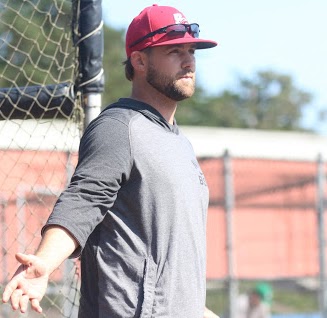 He accepted a baseball scholarship to University of Arizona where he played for Hall of Fame Coach Andy Lopez. During his freshman year he set U of A‘s freshman record for stolen bases going 21 for 22 on stolen base attempts. Robert would also garner honorable mention accolades in the Pac-10 before transferring to USF for his junior season.

He was also a participant in the Northwoods League, where he would earn the leagues gold glove award for the best defender in the league.

After graduating from USF in 2010 he would start his high school coaching at his alma mater. During those three years Rob built his first travel ball program where many of those kids have graduated high school and are going on to play baseball at the next level.

Before relocating back to San Francisco he coached at the collegiate level with Cal State Northridge. Since 2015 Robert has coached for numerous Travelball organizations such as SLU & NCTB (the league & 100’s)     and has coached over 500+ players in the Bay Area. He credits his past coaches and teachers for becoming the passionate coach he is today. 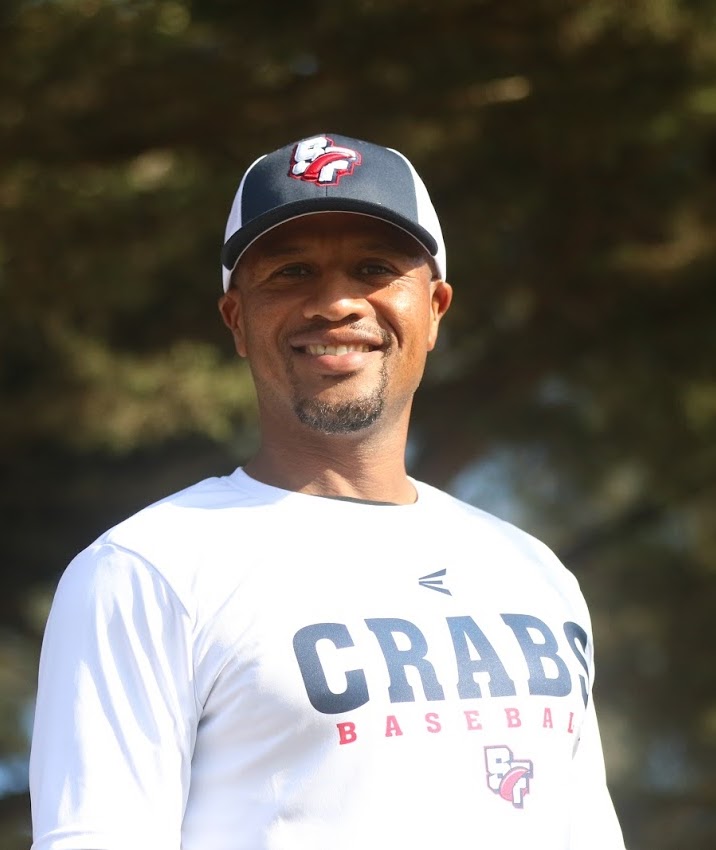 Coach Yahir Marta is a Youth Exercise Specialist and certified by the National Academy of Sports Medicine. Coach Marta has spent over 15 years as a Physical Education Instructor, Special Education Resource Teacher, coach and has served as a part of the senior leadership teams in non-public, public and charter schools in San Francisco, Oakland and San Lorenzo CA. He also coached girls Club Soccer on the Peninsula for several years.

Since leaving schools, Coach Marta has taken his passion for developing young athletes physical and mental strength and resilience and has continued to invest there. Coach Marta currently provides strength and conditioning to several Club soccer and baseball teams in the Bay Area. He also trains multiple individual D1 and D2 college athletes as well as professional athletes in both the MiLB and international women’s soccer.

Coach Marta is the owner of SPE Performance Training and ran track and cross country in college. He lives in San Francisco with his wife, Andrea, they have two children, Jair, a baseball player, who will be entering highs school soon and Tatiana who plays soccer. 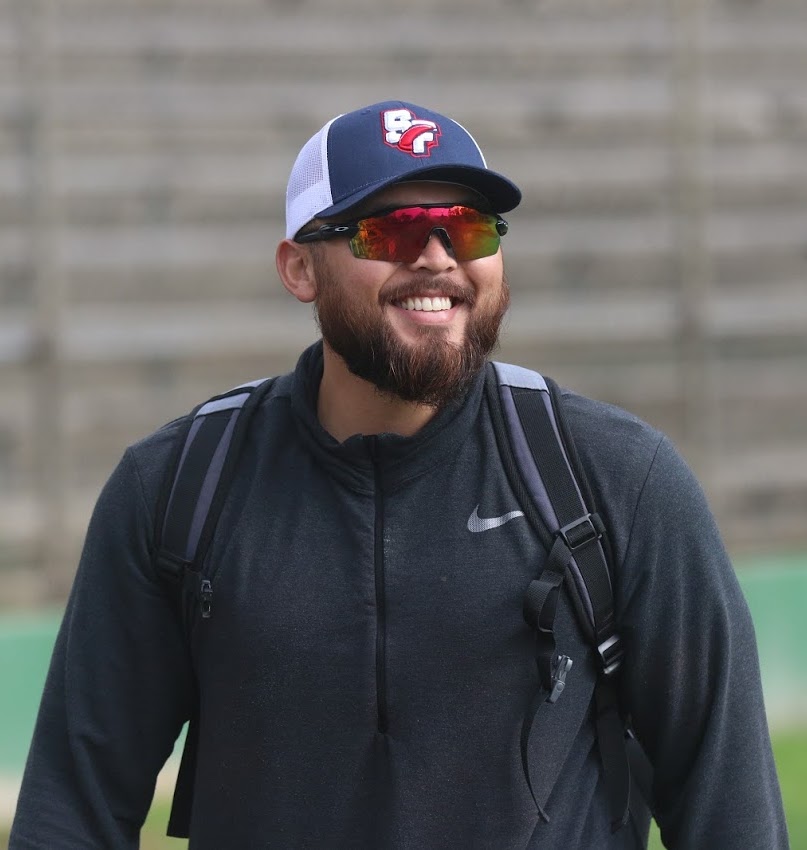 Coach Chris played at Juco Canada College 2013-2015 where he played for Head Coach Tony Lucca... The Daly City, California native played two seasons for the Colts and helped the team reach the regional playoffs in his freshman campaign… During his sophomore year hit .283 on the season in 2015… Played in the Golden State Collegiate Baseball League (GSCBL) and was named to the 2015 all-league team as a first-team selection at third base.

2016: Started all 49 games he appeared in for the Rogers State Hillcats…Batted .295 in 166 at bats with 49 hits on 12 doubles and nine home runs with 40 RBI for a slugging percentage of .530…Finished with a .411 on-base percentage…Defensively finished with a .901 fielding percentage…Named second team All-Golden State Collegiate Baseball League playing for Top Speed Baseball…In 115 at bats he totaled 38 hits with nine doubles, six home runs and 32 RBI for a .330 batting average…Helped Top Speed Baseball to a 47-4 record and 15 straight victories to close the season.

2017: During his senior season, Miguel was named the Heartland Conference Player of the Year before being named All-American. Starting 49 games, Miguel hit .400 with 72 hits, nine home runs and 51 RBIs.

Miguel was the first RSU baseball player to earn First Team All-America honors for the Hillcats in the baseball program’s history.

Following his time at Rogers State, Miguel has remained in the game, serving as an assistant coach at his alma mater Sacred Heart Cathedral Preparatory in San Francisco, California. 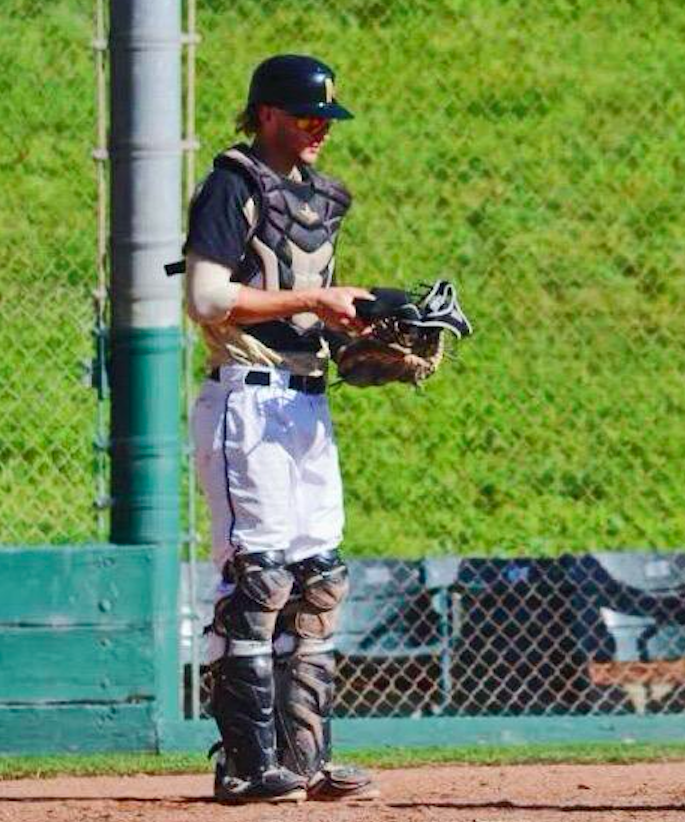 Coach Barkocy attended Sacred Heart Cathedral. After High School an unfortunate shoulder injury forced him to redshirt his freshman year at West Valley College. After relocating to College of Marin he was able to get back on th field and caught for two years. In those two years his team made playoffs and won one conference championship.

He has been surrounded by and trained under some very talented, accomplished, and well respected coaches. These mentors have guided him to become a constant learner that still continues to this day. His passion is to pass knowledge to the players he has the ability to coach.

Week 10 workout flow for our players! If you haven’t sent @spe_training your mile time or push up video, do so now!!! Leaderboards are taking shape. Take pride is holding your self accountable as we will need everyone strong and ready to go when games ramp back up! 🇺🇸⚾️🦀 . #baseball #coach #lessons #skillbuilding #baseballplays #professionalcoach #baseballmom #baseballseason #baseballislife #lovetheprocess #youthbaseball #sports #photooftheday #trainmoreplayless #sanfranciscobaseball #highschoolbaseball #mlb #travelbaseball #ballplayer #baseballlife #baseballbat